A good night’s sleep can boost your memory. Any knowledge or information you gather during your daytime hours takes some time to integrate into your brain. When you sleep, your brain actively works to synthesize and store new information and form new memories.

If you stay up late and shorten your sleep cycle, chances are you won’t remember much of the information you gathered during the day. Every stage of sleep plays a critical role in strengthening memory, so sleep deprivation has the opposite effect.

Healthy sleep is the completion of about five sleep cycles. When you sleep your brain is still working. Your neurons work differently in various sleep stages to integrate memories into your brain. Lack of sleep affects the functioning of these neurons, impairing memory processing and reconsolidation.

Sleep loss can lead to cognitive and emotional problems, which is why people suffering from sleep disorders often have psychological issues. In fact, a recent study shows sleep loss impacts your memory long-term, potentially leading to Alzheimer’s disease. On average, an adult needs 7 hours of sleep to feel well-rested,  allowing time for memory reconsolidation as well.

Sleep is divided into four stages. The first three stages are categorized under NREM (Non-Rapid Eye Movement) sleep, and the last stage is REM (Rapid Eye Movement) sleep. You start sleeping in the NREM type stage, followed by the REM type stage. The two types of stages follow an alternate pattern. In the early hours of sleep, the duration of REM sleep is less, but it increases during the later cycles of sleep. All sleep stages are important to memory retention.

NREM sleep has three stages. Stage 1 occurs in the beginning of sleep and is marked by slow eye movement. In Stage 2, your body temperature decreases and your heart rate begins to slow. Eye movement stops in this stage as you progress towards Stage 3.

Stage 3 of NREM sleep records slow high-amplitude EEG oscillations. This stage is also called the Slow Wave Sleep (SWS). The slow-wave activity (SWA) during this stage induces deep sleep. SWS is dominant during the early cycles of sleep. It decreases in intensity and duration during the later hours of sleep.

Rapid eye movement sleep is characterized by fast and low-amplitude EEG oscillations. During the REM sleep period, your brain mimics a state of wakefulness. The neuronal activities replicate an awake state.

Memories occur when your brain recalls past information or experiences. There are three types of memories: sensory, short term, and long-term. Typically “memory” refers to long-term memory, because long term memory stays for a longer period of time, compared to sensory or short term memory.

Sensory memory picks up stimuli gathered through our five senses. For example, you may remember accurate details of images, scents, or sounds. But you’ll remember them for a very brief moment, maybe half a second. If the sensory memory stays with you for more than half a second then it becomes short term memory.

Short term memory stays in your brain until you need to recall it a few minutes later. Short-term memory is also called working memory.

For example, remembering what to buy from the grocery store. All the items you need to buy stay in your short term memory. Once you’re done buying, the information fades away or converts to long term memory. If you’ve bought something unusual, you may think about it more, making this memory last longer.

To create long-term memories, your brain goes through the process of encoding (taking in the experience) and then consolidation (processing the information and moving it into the brain’s memory banks). Your ability to access these memory banks is known as the retrieval process. Sleep plays a critical role in the consolidation of memory. You will be able to more easily access well-consolidated memories.

Sleeping triggers the brain waves needed for memory consolidation. These brain waves push encoded information to the slow learning neocortex. If memory traces don’t shift from the hippocampus to the neocortex, they are forgotten. Many sleep waves generated during different stages of sleep cause changes in neuronal connections, referred to as synaptic plasticity. This synaptic plasticity pushes memory traces from the hippocampus to the neocortex.

When you remember information stored in your brain, you retrieve memories. A well-consolidated memory can be retrieved quickly. Encoding and retrieval processes occur when you are awake. But the consolidation process happens during sleeping.

Role of Sleep in Memory

In the 70’s it was assumed that SWS promotes declarative memory, and REM sleep boosts procedural memory. But newer research shows both sleep stages influence memory consolidation. Declarative and procedural memory-related task performance improved after a 90-minute nap, rather than a 60-minute nap.

Due to the unique process of sleep, the early hours of sleep are dominated by NREM and the later hours by REM. During a 60-minute nap, there are fewer chances of REM sleep. A 90-minute nap will more likely include a sleep cycle of both SWS and REM stages.

Slow-wave sleep strengthens your memories. These memories are played over and over again to help your brain “remember” them. Then your brain familiarizes itself with this information and stores it in long term memory. Signs of memory reactivation during sleep are recorded by neuroscientists using imaging of brain activation with positron emission tomography (PET) or functional magnetic resonance imaging (fMRI).

The Science Behind Sleep Impacting Memory

Brain waves oscillate at different frequencies, integrating information into long-term memory.  In fact, when you sleep after learning, there’s increased electrophysiological and neurophysiological activities in your brain. More learning triggers these activities to better manage and store the information.

Sleep spindles are bursts of neural oscillatory activity. These oscillations occur in a frequency range between 10 and 15 Hz (unit of frequency), lasting for 0.5 to 3 seconds. Intense learning of declarative memories such as word pairs increases the number of spindles during slow-wave sleep.

Another study revealed only participants who exhibited enhanced spindle activity after word-pair learning also remembered their learnings better the next morning. These sleep spindles reactivate memory, thus boosting better processing and integration of information in your brain.

While slow-wave oscillations, sleep spindles, and sharp-wave ripples are seen during NREM sleep, PGO waves and theta rhythms are experienced during REM sleep. PGO waves are bursts of electrical potentials originating in the pon (part of the brain stem) and reaching the occipital lobes (rearmost lobes in each cerebral hemisphere the brain). These brain waves promote interaction between different regions of the brain, enhancing memory consolidation.

Theta waves are neural oscillatory movements originating in the hippocampus during REM sleep. Theta waves repeat between three and seven times every second and help coordinate activity between far-apart areas of the brain. PGO and theta waves work in a synchronized pattern to boost memory.

A consistent healthy sleep schedule will increase your quality of sleep and most certainly boost your long-term memory. Delayed or disrupted sleep can affect the process of memory consolidation. You can process both learning and motor memory better when you sleep for 7 hours or more on most nights. Follow these tips to sleep well without disruptions.

What is the difference between short term memory and long term memory?

Does sleep medicine cause memory loss?

Regularly taking over-the-counter or prescription sleep aids may cause long-term memory loss in the long term. Healthy sleep boosts your long-term memory. But sleep medicines diminish neuronal activities which help in consolidating memories. In fact, a recent study found that older adults who took sleep medications often were 40 percent more likely to develop dementia over 15 years than those who didn’t take sleep medicines.

Which sleep stage is more important for improving memory?

Both REM and NREM stages play equally important roles in improving memory. Sleep deficit in any of the stages can impair memory consolidation or recall. Several electrophysiological and neurophysiological activities happen during all sleep stages, boosting our memory.

What is healthy sleep?

A healthy night of sleep lasts between 7 to 9 hours for average adults. Some people need 4 sleep cycles to feel well-rested, while others may need 6 sleep cycles. Each sleep cycle lasts for about 90 minutes. You experience NREM and REM sleep stages in each sleep cycle. Paying attention to your overall sense of restfulness and focus can help to confirm you have healthy sleep. Sleep expert Dr. Colleen Ehrnstrom reminds us that sleep is not the same every night and there will be variations, just like there are with our appetite and our energy. Focus less on the hours each night and more on the averages over the week.

What is good sleep hygiene?

Sleep hygiene includes certain behaviors that promote healthy, restful sleep. It also refers to a sleep-conducive environment. Maintaining a bedtime routine such as brushing teeth, reading a book, and going to bed, and waking up around the same time every day are all healthy sleep hygiene practices.

What’s the best time to go to bed?

The answer to this question depends on what time you wake up. If you wake up at 6 am, it’s best to go to bed at least by 10 pm. It gives your body and mind enough time to refresh and rejuvenate for the next day.

Lack of sleep affects your brain’s ability to consolidate new knowledge. The brainwave activity that occurs while you’re sleeping helps your brain assimilate and store data, enhancing your memory. If you don’t sleep for the required hours, these processes get compromised, impairing your memory. 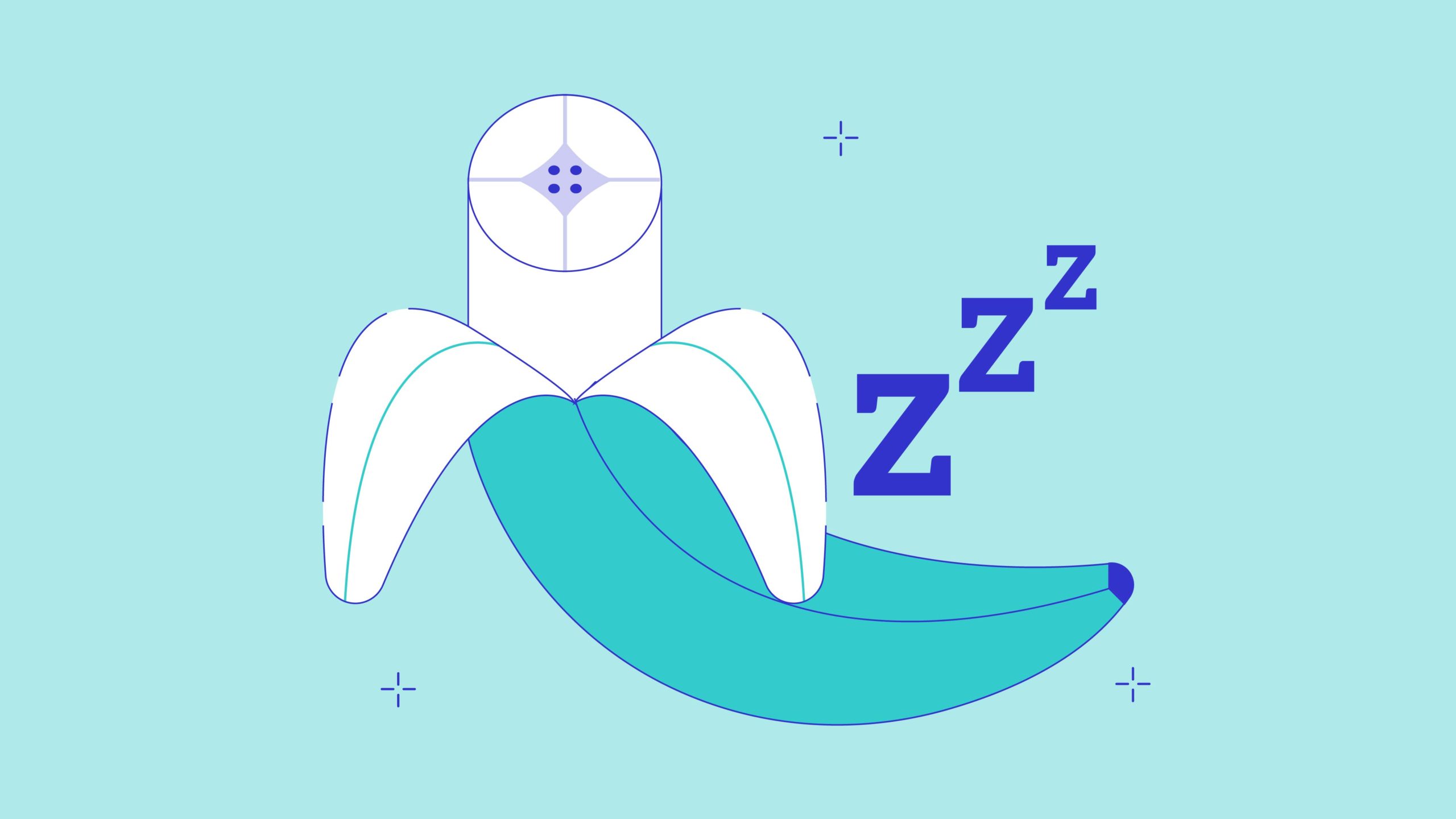 Can a Banana Before Bed Help You Sleep? 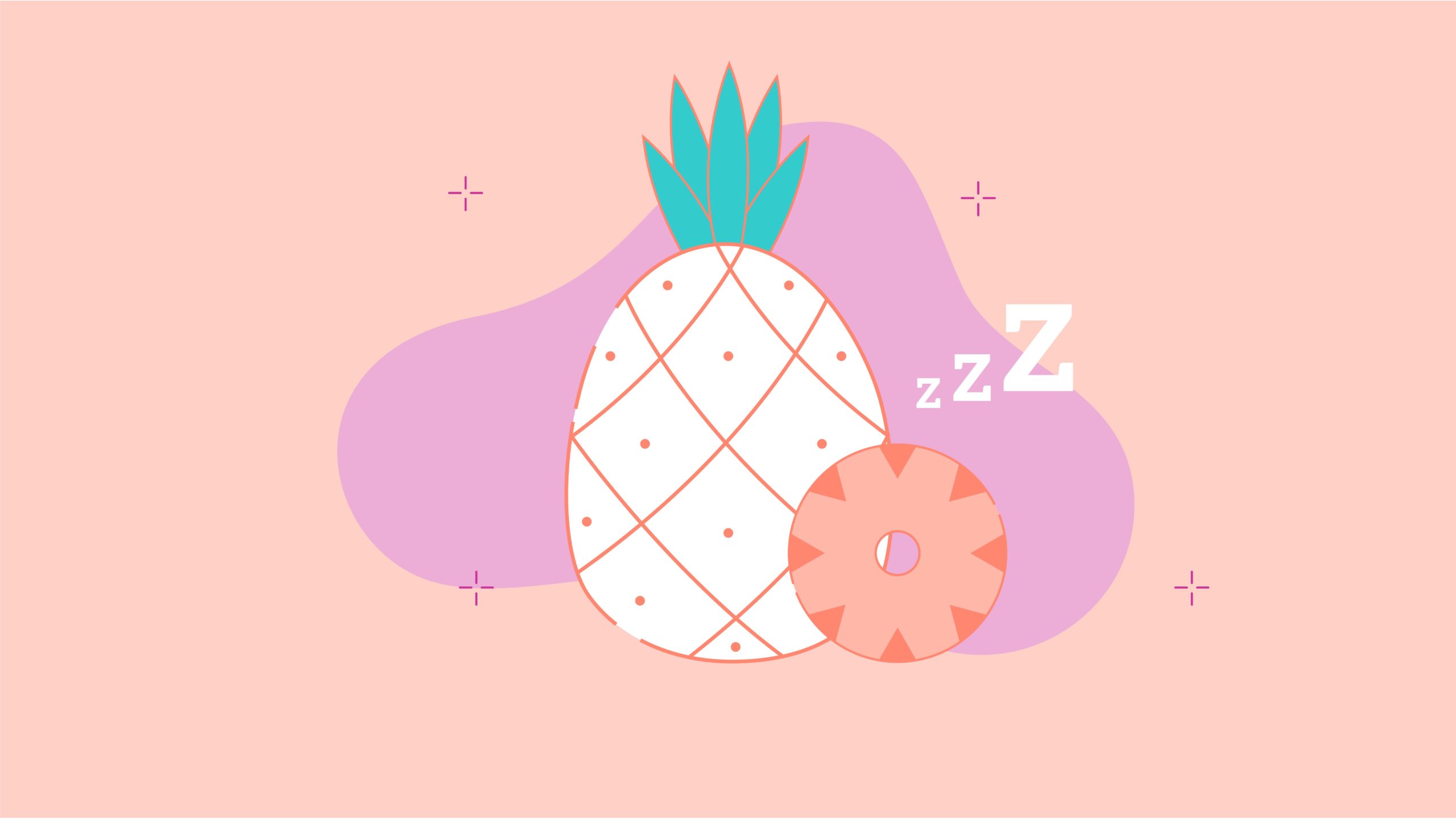 Best Fruits and Vegetables to Help You Sleep