What Does REM Stand For?

by Jasmin Lee Comment on What Does REM Stand For?

Most people know we need to sleep around eight hours a night to maintain good mental and physical health. But did you know there are different types of sleep? Or we all cycle through them multiple times throughout the night? One of the most important portions of the sleep cycle is called REM sleep. REM stands for Rapid Eye Movement, and it’s both the deepest and most active stage of sleep. REM is essential if you want to reap the full benefits of sleep and feel rested after a night in bed.

In our post, we’ll go over what REM sleep is, why it’s important, and what happens to your body and brain when you don’t get enough of it.

What is REM Sleep?

To understand the REM stage, we first have to understand the whole sleep cycle. Sleep isn’t one monolithic state of unconsciousness. It’s a process that comes in four distinct phases and involves both your mind and body. During a healthy, normal sleep session, you’ll rotate through the stages of sleep multiple times throughout the night, usually every 90 to 120 minutes, meaning you should experience four or five sleep cycles during an eight hour period.

NREM (non-REM sleep) Stage 1 is the first stage after you fall asleep, and it’s pretty short—only lasting a few minutes. It’s also light, as you can be easily awakened at this phase. During NREM Stage 1, your brain waves start to slow down as they transition from wakefulness to sleep, your heart rate, eye movements, and breathing also slow, and your muscles begin to twitch as they relax.

NREM Stage 2 is the limbo period between drifting off to sleep and entering into deep sleep, and it’s also the longest stage of the sleep cycle, taking up the most total sleep time. At this point in the cycle, your sleep is still fairly light, but it’s deeper than Stage 1. Your body continues to relax, with your pulse and breathing slowing even further. Your body temperature drops, and your eyes also stop moving at this stage. Your brain waves will stay low, though there will be some quick bursts of activity.

NREM Stage 3/4 is known as deep sleep, and it’s the phase that helps you wake feeling refreshed. You spend more time in this stage during the first half of the night. While in NREM stage 3/4, your pulse, brain activity, and breathing are at their lowest levels. Your awareness of external stimuli also drops, so you’ll be very difficult to wake. NREM stage 3/4 is the stage where your brain releases Human Growth Hormone to help your muscles recover and restore themselves.

REM is the final phase of sleep, and you enter into the REM stage for the first time about an hour and a half after you drift off. If you recall, REM means Rapid Eye Movement, and this phase of sleep earned its name because your eyes move rapidly beneath your closed lids during this period, due to a sudden spike in brain activity.

In fact, during REM, your whole system is almost as active as it is when you’re awake because REM is the phase when your brain is working hard to process information and emotions from the previous wake cycle. Your brain and body both experience a quick reversal of all the slowdowns in activity they went through during the previous stages of sleep. Your breathing rate and pulse increase, as does your blood pressure. Your brain wave levels spike, leading to dreams. Though you can have dreams in other sleep phases, most of them will happen during REM.

Because you normally dream more frequently and more vividly during REM, your body enters a state of temporary paralysis during this stage to prevent you from moving around and acting out your dreams. Normal paralysis during sleep is called atonia, and it happens because your brain tells your spinal cord to temporarily cut ties with your arms and legs, making it impossible to move them. If you’ve ever woken up during REM, you might have experienced a few seconds of sleep paralysis, or being awake but unable to move. While it can be scary, a few isolated incidents are usually nothing to worry about.

There’s evidence suggesting your brain consolidates and organizes memories during REM sleep, which might be why the events of the previous day or things you’ve been thinking about lately can impact your dreams. Sleep-deprived individuals often report problems with memory, while those who got enough REM sleep both before and after being exposed to new information had an easier time remembering it.

If you’ve ever woken up from a crappy night’s sleep on the wrong side of the bed, you know the impact sleep has on your mood. Studies back up the link between sleep and feelings of general happiness and wellbeing. REM sleep helps you handle pressure and relieves the stresses of the day, meaning improved sleep almost always leads to improved mood.

Risks From a Lack of REM

Just as REM sleep carries a lot of great benefits, not getting it (or not getting enough of it) can have serious consequences.

Insufficient sleep causes the brain and body to seek energy elsewhere, with the other primary source of energy being calories. According to the American Academy of Sleep Medicine, REM sleep deprivation was linked to overeating and obesity in a high proportion of their test subjects.

REM deprivation reduces our coping mechanisms to manage stress, which can lead to issues with depression and anxiety. Lack of REM sleep can also negatively impact your ability to regulate your emotions and might even lead to dementia.

Research has shown REM deprivation can lead to both more and worse migraines by causing changes in the levels of proteins that play a role in the peripheral and central nervous system.

How do I know if I’m getting REM sleep?

Most of the time, if you’re not getting enough REM sleep, you’re going to feel it in a big way. Signs of lack of deep sleep include lethargy, dozing off, trouble waking in the morning, brain fog, and irritability. Another clue you’re not getting enough REM is if you never dream. It’s common to not remember most of your dreams, but if you never remember a single one or wake up feeling like you dreamt, it could be a sign you’re not cycling into REM. Only sleep monitoring technology such as sleep trackers or sleep EEG can tell for sure, so if you’re afraid you’re not sleeping deeply enough, speak with your doctor about a sleep study.

What is REM sleep behavior disorder?

During normal REM sleep, your body is supposed to experience muscle paralysis to keep you from sleepwalking, kicking around, or otherwise moving. In people with REM sleep behavior disorder, this paralysis doesn’t happen, allowing sleepers to physically act out their dreams. Symptoms include sleep talking, laughing or shouting during sleep, kicking or leg jerking, arms flailing, and jumping from the bed.

How do I improve my REM sleep?

Are there other sleep disorders that affect REM sleep?

Yes. Several medical conditions impact the length or quality of your REM sleep, but one of the biggies is sleep apnea. Sleep apnea is a common sleep disorder in which you stop breathing throughout the night, often because your airways are blocked by your own throat tissues (obstructive sleep apnea). Lack of oxygen during sleep can severely impact deep sleep because the interruption in breathing can rip the sleeper out of NREM 3/4 and REM sleep stages, causing them to cycle between NREM 1 and NREM 2 throughout the night and preventing them from having a complete sleep cycle.

Can I take medicine if I’m not getting enough REM?

There are a lot of medicines out there claiming to be able to help improve and prolong sleep. However, these pills come with so many risks and side effects that they’re rendered kind of pointless. Not only can medicines like hypnotics and sedatives cause distressing problems like sleepwalking, nightmares, excessive daytime sleepiness, and headaches, they can also lead to physical dependence. Dependence on and tolerance of these drugs can ultimately create more insomnia, meaning the temporary relief brought on by sleeping pills isn’t outweighed by their long term detrimental effects.

Why do we need sleep?

There’s been a ton of research done on the subject, but nobody’s been able to definitively nail down why we need sleep. Since our bodies crave sleep like they crave food and air, we can conclude sleep is just as critical to our survival as calories and oxygen, and the deleterious effects of insomnia support this conclusion. There are quite a few theories to explain why sleep is so important. Here are three of them.

The energy conservation theory suggests during our evolution, we adapted to lose consciousness over a period of hours in order to conserve energy, helping us effectively utilize the calories we got from food, which was much less plentiful for our prehistoric ancestors. During sleep, our metabolism slows by as much as ten percent, as both our core temperature and caloric demands decrease, helping reduce our need for food.

The restorative theory posits sleep gives both the brain and body the opportunity to restore themselves after the stresses of the day. There’s a lot of evidence to support this theory, including the fact that total sleep deprivation will eliminate immune function and lead to death in animals in a few weeks, restorative hormones are released mostly or only during sleep, and the body seems to clear itself of a harmful cell byproduct called adenosine while we sleep.

The brain plasticity theory focuses on learning and development. The brain is an adaptive organ, and new research suggests sleep helps it develop and maintain its plasticity. The link between sleep and brain plasticity in both adults and children has become clearer in recent years, as evidenced by the fact that sleep deprivation has detrimental effects on both children’s brain development and adults’ cognitive function.

Enough sleep is insanely important to overall mental and physical health, and REM sleep is insanely important to the overall sleep cycle. Insufficient REM sleep can have some pretty dire consequences for your well-being, from impaired cognition to reduced ability to regulate your emotions. Sleep deprivation can even lead to the development of disorders like anxiety and dementia. Most of the time, you can improve your REM sleep by sticking to good sleep hygiene practices. However, if you feel something like sleep apnea, insomnia, or REM sleep disorder is impeding your ability to achieve or enjoy REM sleep, it’s important to speak with your physician as soon as possible. 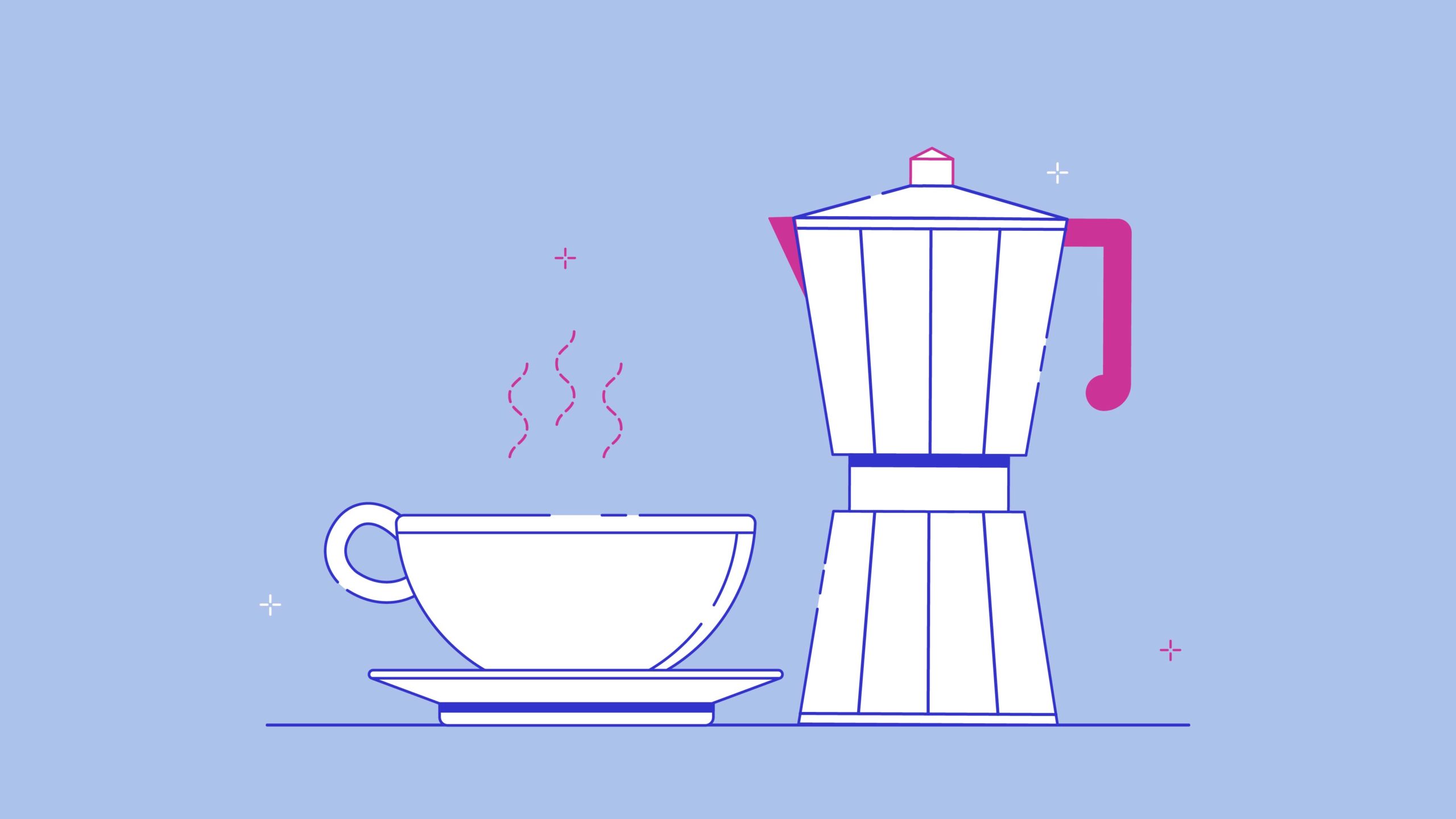 5 Reasons Coffee Can Make You Sleepy

Why Do People Sleepwalk?