How to Wake Up Easier

by Andrea Strand Comment on How to Wake Up Easier
Updated November 21, 2019

A buzzing alarm clock is usually the last thing you want to wake up to in the mornings. Rising to the challenge to wake up rather than battle the snooze button over and over can be a daunting task. This can be especially true for those who wouldn’t dare refer to themselves as morning people.

Waking up doesn’t have to be such a struggle. With some science-backed adjustments, tactics, and techniques, you can help yourself wake up easier. Learning techniques to wake up easier can make mornings less of a chore. With some practice, you can smash goals, improve health, or simply have a less stressful day.

Habit formation is not a simple process. Research shows habits are formed in multiple regions of the brain. Furthermore, habits formed as a response to certain environmental cues to become automatic over time.

Specifically, researchers noted a 66-day window in which healthy habits are created. Subjects in a study repeated healthy tasks over that period of time. Afterward, rather than having to put a conscious effort to perform the task, people began to perform it without prompting.

This study showed researchers that our body and mind take time to adjust to new habits, so starting slow is the way to go. For example, if you can push yourself to get up to get a cup of coffee after the first alarm, each day following will become easier. After a while, the habit will feel so ingrained you won’t even notice it.

Psychologists have known for quite some time the brain can be trained to react consistently to external stimuli. Classical conditioning, as it’s known, can be used to link a trained stimulus to a trained response. Choosing a specific, recurrent stimulus for when you wake up could be effective. For example, hearing the same song upon waking, or simply rewarding yourself with a tasty treat could be effective. 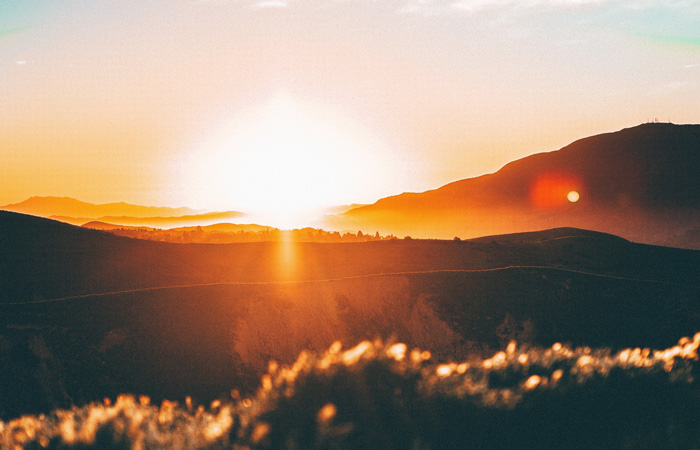 Scientifically speaking, humans are classified as diurnal creatures: They’re meant to be awake during the day. This is the textbook definition, at least ⁠— night owls would beg to differ.

Specifically, light regulates the release of melatonin through a chemical in the eye called melanopsin. Melatonin is a chemical produced by the pineal gland that has significant effects on all sorts of body processes including sleep.

Notably, exposure to blue light during the daytime has been linked to improved wakefulness during the daytime and increased sleepiness at night. So, by throwing open the curtains as soon as you wake up you’ll increase your light exposure and wake up easier.

Alternatively, exposure to blue light at night, like light from smartphones or computer screens, has been shown to disrupt a healthy sleep pattern. This light and can keep you awake longer than you’d like, thus making you more tired in the morning.

Telling people to believe in themselves may sound cliché, but the science of self-affirmations is there. Self-affirmation ⁠— the recognition of one’s own value and merit ⁠— has been shown to make people more open to positive change.

By reflecting on what your core values are, you can help re-wire your brain to make changes you’d like to make. If your goal is to wake up easier, then there’s good news. Self-affirmations have also been demonstrated to help people be more future-oriented. Visualizing satisfying future outcomes, like meeting personal goals, has a major effect on the brain.

Try to find a reason to wake up easier rather than waking up being the goal itself. Maybe you want to make it to a workout class every day, learn a new language, or write a novel. Remind yourself daily of your ability to accomplish your goal. Connect it to waking earlier by telling yourself you’ll have more time to get it done if you bound out of bed. With this simple internal motivation, you’ll help retrain your brain.

4. Drink Some Coffee, But Not Too Much 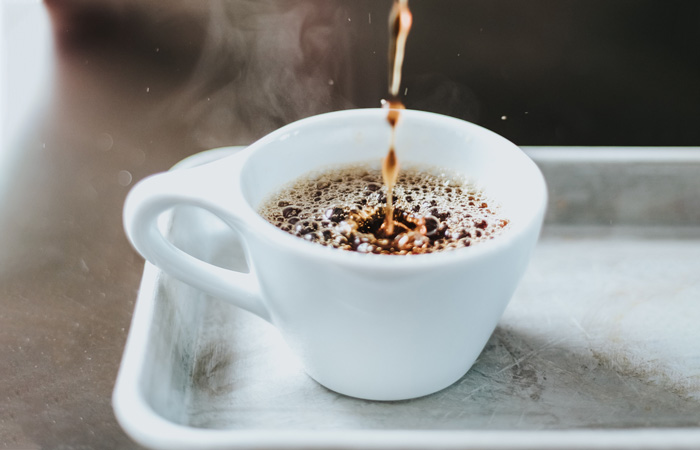 Drinking coffee to wake up may sound like a no-brainer: Some 90% of Americans consume coffee almost daily. Its effects as a stimulant are no secret, but they are complex.

Caffeine suppresses adenosine uptake in the brain. Adenosine is a chemical which induces sleepiness, so preventing its uptake reduces sleepiness. Additionally, caffeine increases dopamine availability, which leads to alertness and a feel-good sensation.

The half-life of caffeine can vary wildly depending on a great number of factors — anywhere from 2-10 hours. Research has shown drinking coffee less than 6 hours before sleeping can rearrange sleep patterns, shifting them later. On the other hand, research also suggests coffee can improve cognitive performance as much as an additional three hours of sleep would.

The effects of coffee on sleep are complex and interact with other external stimuli, like artificial light, diet, and noise pollution. However, the main positive takeaway is this: Caffeine consumed in the morning will be mostly out of your system by night time — as long as you stay away from it less than 6 hours before sleep.

5. Get Some Exercise During the Day

Exercise is one of the best things a person can do with their body — but there are certain tricks to exercising to help you get out of bed easier.

Additionally, exercising outdoors links back to suggestion #2: getting natural light. Combining the two can help improve your mood, overall health, and sleep quality.

6. Don’t Use the Snooze Button

It’s very tempting to hit the snooze button first thing in the morning. After all, a bed is warm and comfy, and another 10 minutes of sleep isn’t a big deal — right?

Using the snooze alarm has a couple of significant negative effects. These effects can rob you of quality sleep while disassociating your alarm sound with waking up.

First, if a snooze alarm wakes you up in the middle of a deep sleep cycle and you return to sleep for any length of time, you’ll return to a lighter sleep cycle. This means you’ll have lost what could’ve been some extra quality sleep. You’d be better off planning the extra time into your alarm time rather than hitting snooze.

Second, using the snooze alarm breaks the conditioning of hearing an alarm with waking up. As mentioned in our first point, slowly training yourself to respond to stimuli can be one of the most effective ways to help yourself wake up. Waking you up is exactly what an alarm is for; however, by hitting snooze you’re making the stimulus an option. This gives you time to deliberate on its meaning rather than making its effects automatic. When actions become automatic, they become habits rather than choices. 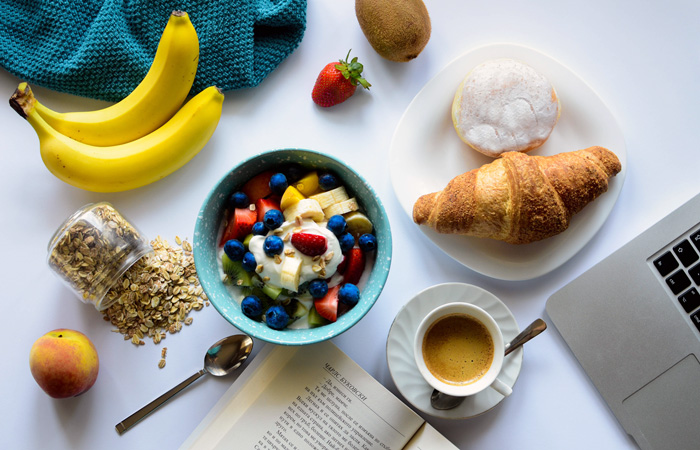 Furthermore, meal times in general help regulate a person’s circadian rhythm. Although mealtimes weren’t shown to directly alter sleep times, they were shown to control overall molecular clocks by controlling the amount of glucose in the bloodstream. Most importantly, not eating breakfast was shown to delay the body’s natural circadian rhythm. Specifically, it drove sleepiness later. A 5-hour delay in meal times pushed back natural blood glucose levels. This indicated a change in sleep-wake patterns.

Maintaining meal times, including eating breakfast, controls a great number of bodily functions. These include hormonal and metabolic balance as well as a healthy sleep/wake cycle.

Are you reluctant to roll out of bed because you’re feeling achy and sore most mornings? If you’re prone to neck, back, hip, or other chronic pains, merely getting up out of bed may feel like a chore in itself. Beyond talking to your doctor, investing in the best mattress for your particular needs is an easy way to boost your quality of sleep, and better sleep leaves you feeling more rested in the mornings.

If you have recurring neck pains, the first place to start is your pillow. Is it too lofty, soft, or firm? Memory foam pillows are often great for reducing neck pain because they mold to your head and alleviate pressure. Just be sure to find one that’s compatible with your body; one that’s too tall or too low may cause your neck to crane upward or droop downward.

If you have hip or shoulder pain, it may stem from sleeping on a mattress that’s too firm for your body— this is especially true when it comes to side sleepers. If your bed is too firm, it can cause pressure to build up under your joints, resulting in recurring pains. Switching to a softer, more pressure-relieving mattress, is an easy way to eliminate joint pains like so.

If you need the best mattress for back pain, look for a bed with zoned, or SMT, support. These technologies are designed to promote healthy spinal alignment while still contouring and molding to your body to eliminate pain. Brands that include these technologies in their mattresses often display that information right on the website, so it should be easy to filter through and determine if a bed is built for pain relief.

Understanding sleep cycles and planning your sleep around them can help you wake up easier and manage your sleep better.

Sleep cycles are periods of roughly an hour and a half (90-110 minutes on average) that occur during sleep. These cycles involve different types of sleep depending on your body and how long into sleep they occur.

There are four types of sleep: REM (rapid eye movement, and nREM (non-REM) stages 1, 2, and 3. REM sleep is best known as dream sleep, when your brain is most active. The first stage of nREM sleep is the lightest, while the third is the deepest.

Consequently, planning your sleep to allow for adequate sleep cycles to pass can help you wake up easier in the morning. Assuming each sleep cycle is 1.5 hours and you want a full night’s sleep of 7-9 hours, you could assume you need 7.5 or 9 hours of sleep. If you wake up 7 hours in, you may wake up in the middle of a sleep cycle; the same may happen if you wake up 8 hours in. So, if you fall asleep at midnight, it may do you more favors to wake up at 7:30 the next day rather than 8:00.

10. Keep Track of Your Habits

Reporting and recording your daily wake schedule can encourage you to get up at the time you need to. Use a calendar to mark your wake-up times and the feeling you had when you woke. By consciously analyzing your habits, you’ll know yourself better and can learn what techniques do and don’t work for you.

Be sure to note what cues woke you up, and what you felt like doing upon waking. Did you want to hit the snooze alarm? Were you hungry? Were there any specific environmental factors that made you wake up? Any stimulus like these can be manipulated to help you wake up easier, especially if you take note of how they affect you.

Waking up easier may seem like a daunting task, but it’s doable. With conscious effort, brain tricks, and healthy living, you may find yourself bounding out of bed in the morning rather than smashing your snooze alarm. Waking up easier will give you a sense of pride and more time to accomplish things you want to accomplish — whatever they may be.

Rest well, and wake well. You’ll be happy you did.