Baffle Box vs Sewn Through Comforters: What’s the Difference?

by Malik Karman Comment on Baffle Box vs Sewn Through Comforters: What’s the Difference? 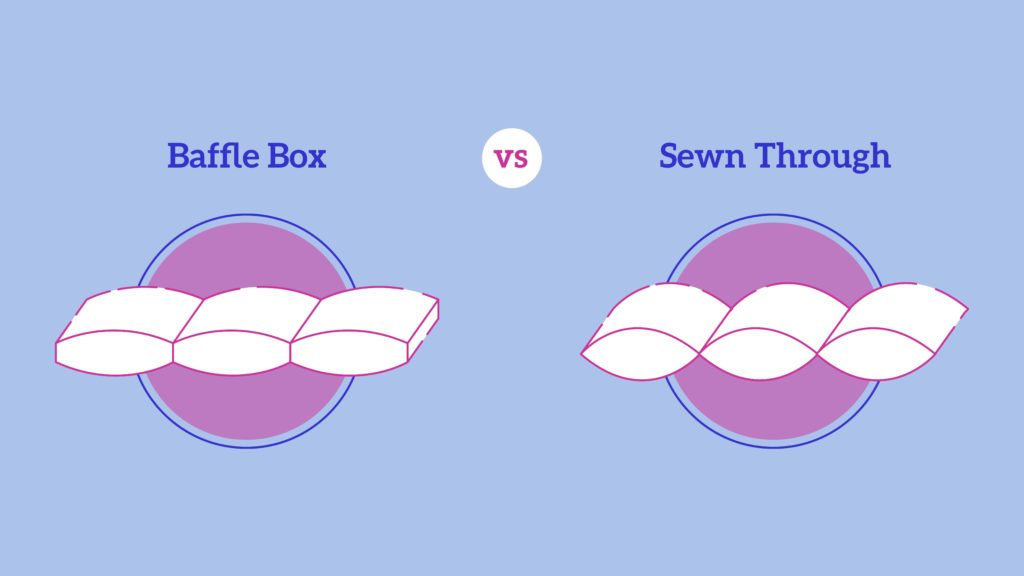 If you’re in the market for a new comforter, you might be thinking solely about what it looks like and whether it’ll match the paint on your walls or the color scheme of your bed. But there’s so much more to comforters than looks, and if you don’t pay attention, you could wind up sleeping under a pretty piece of fabric that doesn’t keep you warm or comfortable.

Construction is as important as looks when it comes to comforters, and it’s something you should be thinking about whenever you shop for one because it’s going to affect how well the comforter’s stuffing stays in place and thus how warm the comforter sleeps. Let’s take a look at the two most common comforter constructions: baffle box and sewn-through.

All comforters have at least three layers: a top layer of fabric, a layer of filling (usually made of cotton, polyester, down, and other fluffy and warm materials), and a bottom layer also made of fabric. The top and bottom comforter covers are both just a single piece of fabric, so when you lie on the comforter, sleep under it, wash it, etc., its filling gets moved around. This can cause it to bunch or clump up, leaving uneven coverage and making the comforter lose its warmth and shape over time.

Baffle box construction solves this problem by grouping wads of filling in squares. Manufacturers do this by inserting thin strips of fabric vertically between the top and bottom layers of the comforter to create compartments for down or other stuffing. These compartments are basically cloth boxes to keep filling in its place. Comforters with this construction will come in a checkerboard pattern, looking almost like a bunch of squishy square pillows sewn together. 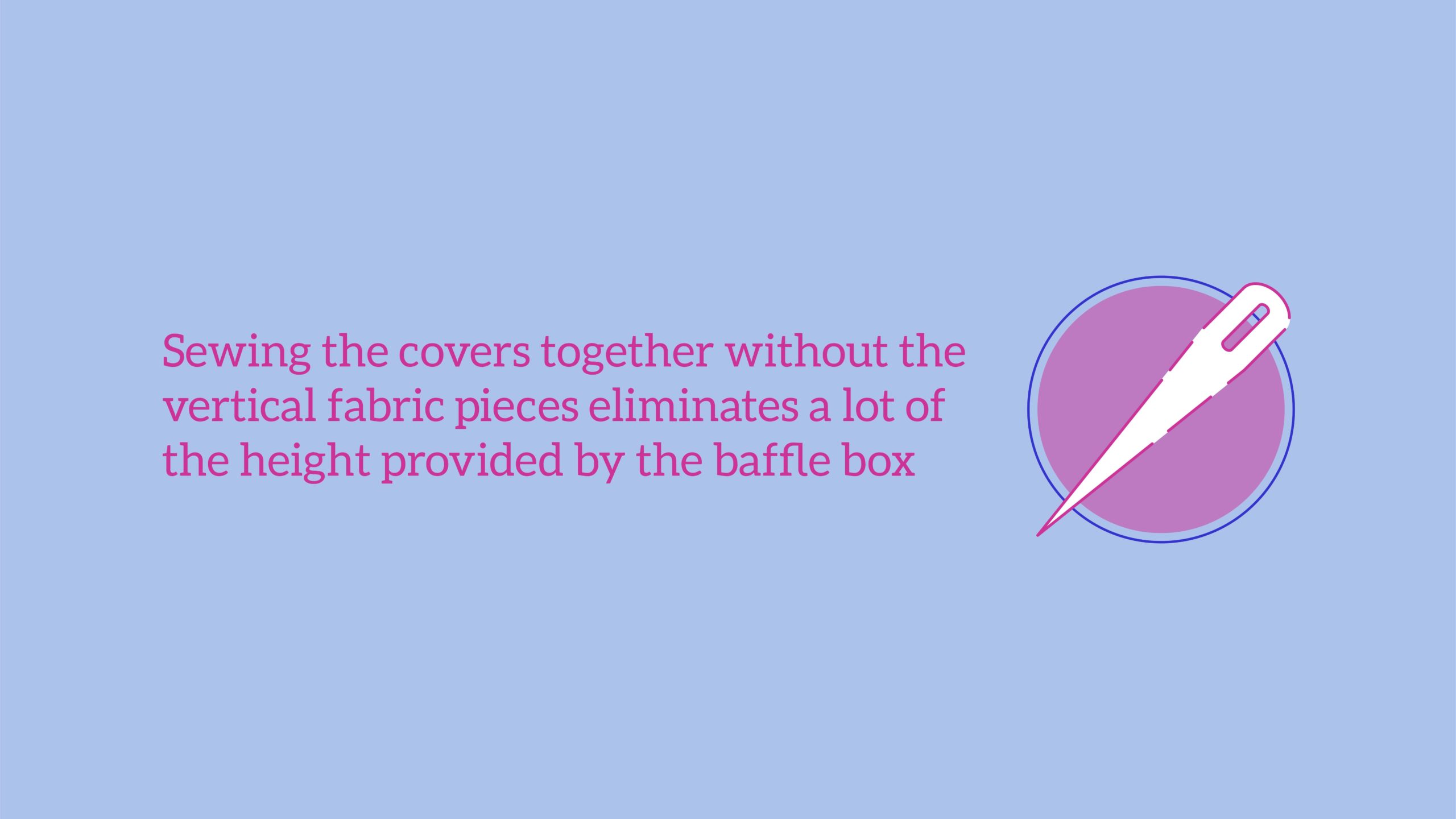 Rather, these covers are sewn directly to each other to create chambers for stuffing. Sewing the covers together without the vertical fabric pieces eliminates a lot of the height provided by the baffle box, meaning filling doesn’t have as much room to expand.

What’s the Best Type of Construction: Baffle Box or Sewn Through?

That might be great if you sleep hot or live in a warmer climate, and you need a little air circulation. But if you’re looking for better insulation, baffle box construction is superior to sewn-through because it keeps the comforter’s stuffing more evenly distributed, eliminating cold spots and creating a more consistent temperature.

Baffle box construction also blows sewn-through away when it comes to loft and longevity. The compartments of a baffle box comforter offer a lot more room for filling to expand, creating a much fluffier, thicker look and feel. And the baffle boxes increase longevity by easing the tension on the stitch lines, helping to prevent the comforter from fraying.

While they’re warmer, more durable, and have better loft, baffle box comforters are more expensive than their sewn-through counterparts because they’re harder and costlier to make. So if you’re looking for a budget-friendly comforter, sewn-through will probably be the best option.

If the best blanket isn’t enough but you want another way to stay warm at night, you can look beyond comforters and consider other options.

Quilts are mildly slimmer items of padded bedding, not relying on a fill quite like a comforter does. Quilts and comforters aren’t as interchangeable as duvets and comforters are, but they both bedding pieces that sleepers curl up underneath on cold winter nights.

Electric blankets are another option if you want to stay warm without relying on bulky bedding. You lie an electric blanket on top of a bed as you would a comforter, and set it to a comfortable heat setting.

Lastly, if you want to avoid coverings entirely, there are heated mattress pads to consider. This are slipped over the mattress like a regular pad, then plugged in and set to the heat setting of your choice. They operate quite similarly to an electric blanket.

There are lots of comforter fills to choose from, and the “best” one really depends on what you’re looking for. If you want an inexpensive, low-maintenance filling, polyester or rayon down alternatives are probably your best bet. These synthetic downs are also great if you’re looking for a more sustainable, cruelty-free alternative to animal-based fills.

If you’re looking for lightweight, breathable warmth, a down comforter will probably be up your alley. And if it’s a cool bedspread you’re after, natural plant fibers like cotton, bamboo, or eucalyptus might be for you.

Are there other kinds of comforter construction?

Yes. In addition to the baffle box and sewn-through constructions, there are also channel and gusseted constructions. A channel comforter is made with parallel channels of fill running the length of the comforter.

Are comforters the same as duvets?

Not exactly. A duvet is like a comforter in the sense that it’s a top layer of bedding with a goose down, polyester, or other filling. Unlike a comforter, which is meant to stand on its own, a duvet is an insert meant to be slipped inside a duvet cover.

The ability to cover a duvet makes it a great alternative to a comforter because you won’t have to wash the insert all that often. Most of the time, all you have to do to clean a duvet is slip the cover off and wash it without the insert—meaning you don’t have to worry about stuffing a comforter into your washing machine or taking your comforter to the dry cleaner more than once or twice a year.

Can I machine wash my baffle box/sewn-through comforter?

A comforter’s filling, rather than its construction, is the main thing that dictates whether it’s machine washable. As a general rule, down can’t get wet because water can cause the individual down feathers to clump and lose their warmth; so, down comforters should be dry cleaned.

Other fabrics like cotton, polyester, wool, etc., are usually more forgiving. Check the tag for care instructions if you have a down-alternative comforter. Most of the time, you can toss these in the washing machine and the dryer.

How much should I pay for a comforter?

The price of a comforter depends on several different factors. Comforter size, construction, outer fabric, stuffing material, and brand all impact the cost. For instance, down is almost always the most expensive filling, and a king or California king size comforter will cost a whole lot more than a full or queen. Based on its features, construction, size, filling, and material, you can expect to pay anywhere from $70 to $600 for a quality comforter.

Comforters are a lot more than just a pretty cover to finish off making your bed. They’re a highly functional piece of bedding with a specific purpose—to keep you warm.

Baffle box and sewn-through construction both go a long way to helping comforters fulfill their role, keeping their stuffing in place and their shape from shifting. The baffle box does a better job because the vertical fabric walls between the compartments allow for more height than the chambers created by simply sewing the comforter’s top cover to its bottom cover. 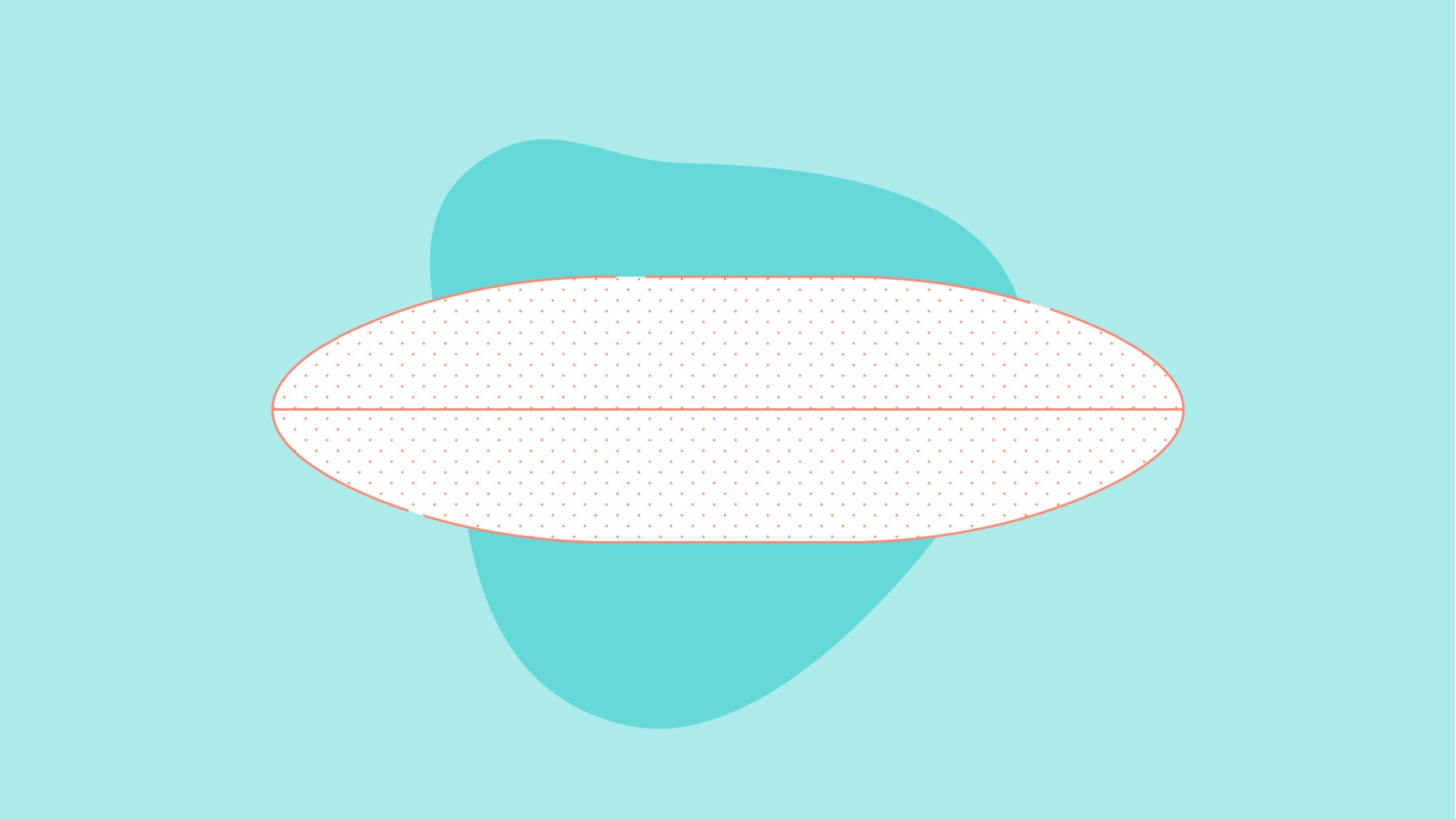 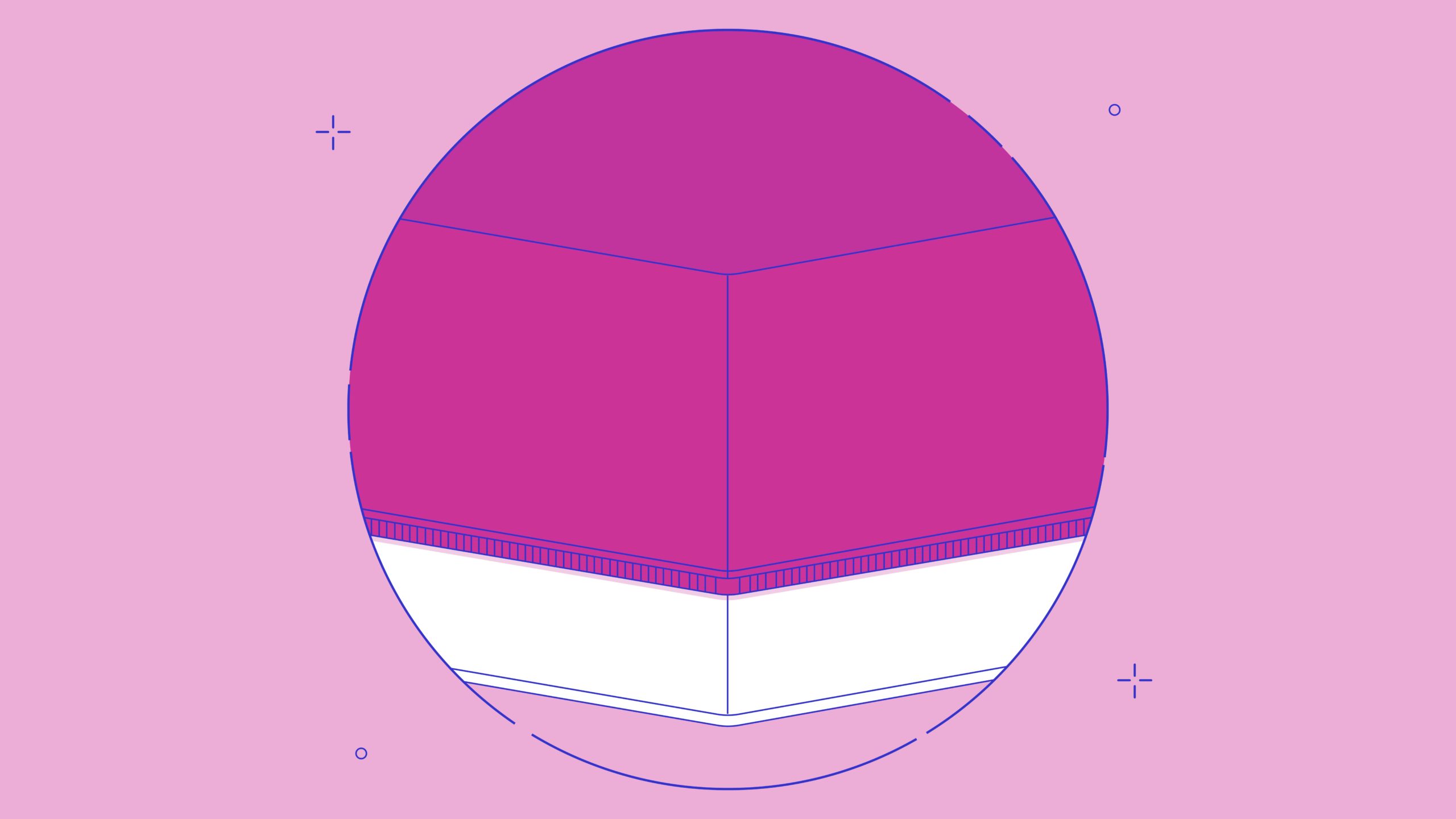 How to Keep Sheets on an Adjustable Bed 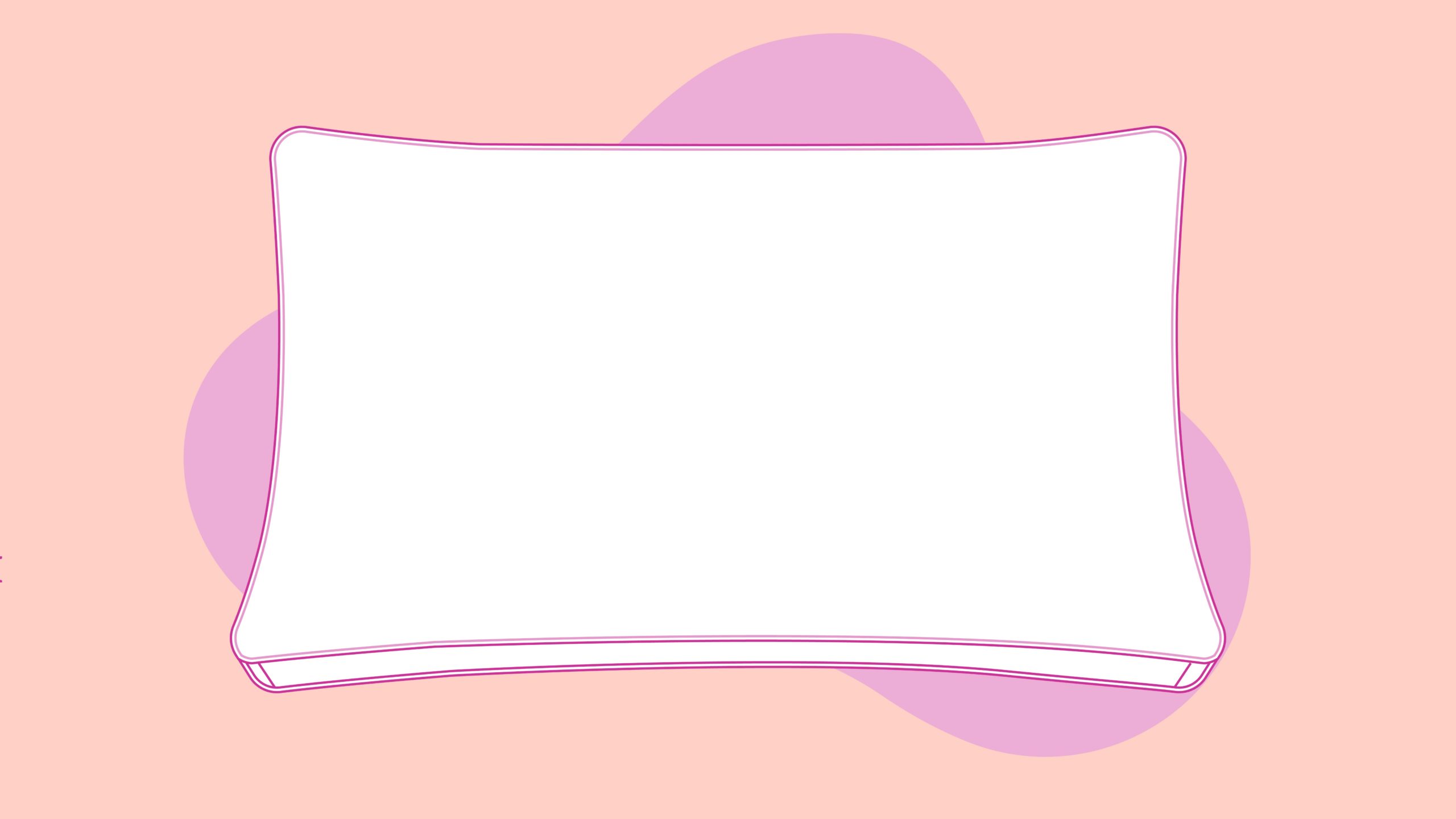 Best Pillows for Side Sleepers: Reviews and Buyer's Guide